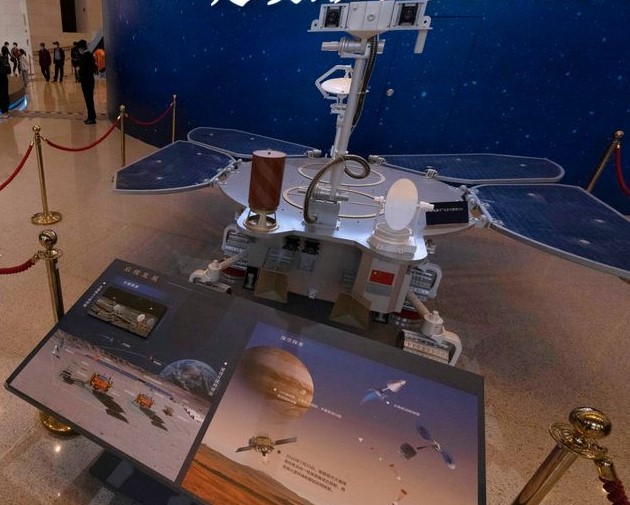 An ARISS educational school contact is planned for Victor Glover, KI5BKC with students at St Scholastica´s College, Glebe, NSW, Australia. The contact is scheduled on Monday April 26, 2021 at approximately 08:34 UTC, which is 10:34 CEST.

The link to the ISS will be operated by the amateur radio telebridge station ON4ISS, located in Belgium. Downlink signals will be audible in Europe on 145.800 MHz FM.

St Scholastica’s College is an Independent Catholic day and boarding secondary school for girls founded by the Sisters of the Good Samaritan in the Benedictine tradition. We promote a school culture which focuses on the academic and personal growth of each student. We celebrate diversity and provide an environment that enables all to find a place. We respect the spirituality of the first Australians. Our Mission is to equip young women to play their part in a world beyond school. Our Vision is to educate young women who, with justice and compassion, will make a difference in the world.

1. Georgina (Y8): How has being in the space station changed your beliefs and or perspectives of the universe?
2. Nancyann (Y8): What have you found out on the ISS that cannot be found out on Earth?
3. Tasha (Y8): Has COVID-19 had an impact on life in the space station?
4. Hannah (Y7): How do you keep in touch with your family when you are in space?
5. Elena (Y11): Do you ever feel existential terror from being in space and seeing how endless the universe is? / How do you deal with this?
6. Ella (Y11): I imagine your work, being so far away and of such a vast scale, would impact your mental health. Considering this, are there ways you work on your mental health onboard, and has your experience changed the way you think?
7. Iris (Y8): What was the hardest of the requirements for space travel for you to meet?
8. Celeste (Y8): Do you believe that in the future, younger people will be able to go into space?
9. Pawalisa (Y9): What made or motivated you to want to become an astronaut?
10. Amelie (Y7): Can you see the effect of climate change from space? And if so, what are the phenomena you have observed?
11. Mila (Y9): What would you say is the most important skill for astronauts to have and master?
12. Marley (Y8): If funding for space exploration became scarce, how would you convince the world that space exploration was worth the investment?
13. Georgina (Y8): Do you believe that the tests and studies you perform will cause great change and progress in the way we live or view the world?
14. Nancyann (Y8): When first arriving into the space station how did you feel? And how do you feel now?
15. Hannah (Y7): Is there day and night in space?
16. Iris (Y8): Is NASA training similar to Roscosmos training? If so, how? What are the similarities/differences?
17. Pawalisa (Y9): How long did you have to train and prepare to go into space and what was the training like?
18. Amelie (Y7): Have you, personally, ever had to repair a part of the ISS due to damage caused by man-made space debris? And if so, what part of the spacecraft did you repair?
19. Marley (Y8): What is the best scientific advancement or discovery that the ISS has delivered to humanity?
20. Hannah (Y7): Where does your waste (rubbish and sewerage) go?
21. Marley (Y8): Is the future of space travel likely to be in the hands of private companies like Space X or government agencies like NASA?
22. Marley (Y8): What impact do you think that the ISS has had on international cooperation?

Lessons in the run-up to the ARISS contact focused on the space station, how to track its position in orbit using applied mathematics, and the ISS crew members and their roles. The ham radio contact gave eight youngsters a possibly life-changing opportunity to learn about living and traveling in space by speaking with someone who’s already there. „I’m still on a massive cloud of happiness,“ sixth-grader Asher Renwick said. „Victor was so nice, and his answers were excellent. I realized that most people come home to their family each day and take that for granted, but astronauts can’t do that.“ Glover’s number one piece of advice: „Be resilient. Don’t stop in the face of challenges.“ Channel 9 in Sydney aired a news story about the Winmalee contact that was posted to Facebook.
Meanwhile, Stefan Dombrowski, ON6TI, and Luc Vlecken, ON4ALV, in Belgium, took advantage of the opportunity to listen in to the direct 2-meter (145.800 MHz) signal from the ISS as a demonstration for their Belgian Army trainees learning about amateur radio. „We both used the Australian Winmalee Public School ARISS QSO/ISS pass between Victor Glover, KI5BKC, and the students,“ Dombrowski said. „It was an excellent demonstration of ham radio capabilities and was also a good educational demonstration of antenna polarization and signal weakening with distance.“
arrl.org

The contact is scheduled on Monday April 26, 2021 at approximately 10:12 UTC, which is 12:12 CEST.
The link to the ISS will be operated by the amateur radio telebridge station IK1SLD, located in northern Italy. Downlink signals will be audible in Europe on 145.800 MHz FM.

St. Margarets Berwick Grammar School is an independent school in the Casey Cardinia area of Melbourne. It´s primary school is coed, middle school is single gender and then high school at times comes together to offer a comprehensive curriculum. St. Margarets has a long history celebrating its 95th birthday this year.

Just hours after her crewmate Victor Glover KI5BKC had an earlier QSO with students at St. Scholastica’s College in New South Wales, Shannon was using the callsign OR4ISS as she took the mic to chat to youngsters at St. Margaret’s School and Berwick Grammar School in Melbourne. There were the usual questions about food, gravity, temperature, space junk and science experiments on board but one question in particular reflected the global excitement over recent space exploration and future flights to Mars. Even as Shannon was preparing for her return to planet Earth, she was already being questioned about whether she might like to return to space — and this time, make it all the way to Mars as part of a flight crew.
Shannon said that her heart was certainly in it but that trip is still a long way off. She replied: „wouldn’t mind doing it but I’m afraid by the time we get to Mars, I will already be a retired astronaut.“ 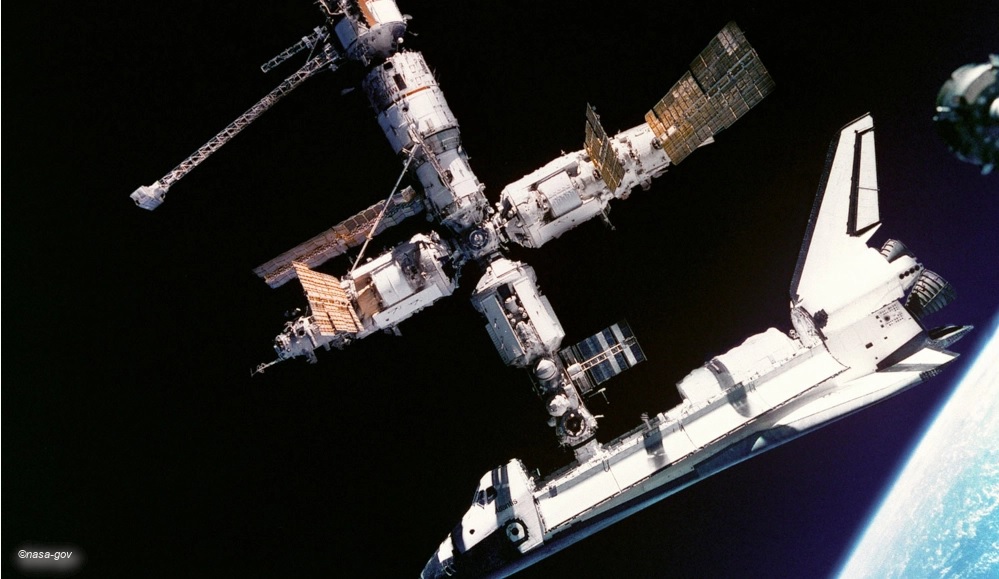 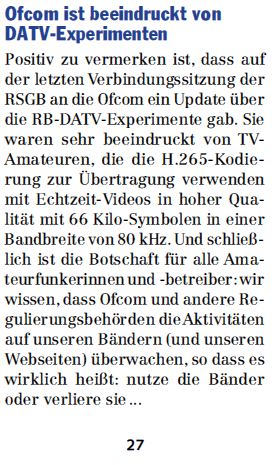 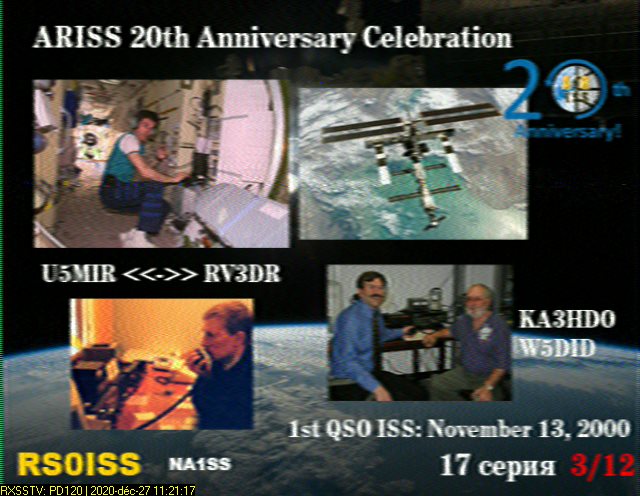 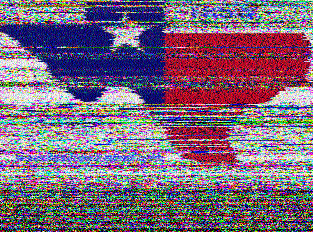 An ARISS educational school contact is planned for Shannon Walker KD5DXB with students at Oakwood School, Morgan Hill, CA, USA. The contact is scheduled on Monday March 22, 2021 at approximately 18:27 UTC, which is 19:27 CEWT.

The link to the ISS will be operated by the amateur radio telebridge station IK1SLD, located in northern Italy. Downlink signals will be audible in Europe on 145.800 MHz FM. The contact will probably be webstreamed from the groundstation at https://www.ariotti.com/

Oakwood School is a private independent school in Morgan Hill, CA. We have approximately 500 students enrolled in Preschool -12 th grade. Last year Oakwood was thrilled to be chosen for an ARISS contact and celebrated with our Year In Space curriculum across our campus. With the pandemic, our ARISS contact has been delayed until Spring 2021.

Oakwood School is at the south end of the San Francisco Bay Area. We get to enjoy all the cultural aspects of San Francisco and San Jose and the proximity of the coast, but live in a rural setting. Morgan Hill is known for growing mushrooms, and our neighboring city, Gilroy, is the garlic capital. We’re lucky to have a lush campus with classroom gardens, and enjoy beautiful weather for most of the year. Oakwood has an emphasis on communication skills, small class sizes that enable peer interaction and individual attention. In addition to our varied daily curriculum, we have expansive programs in performing and visual arts and athletics. Our school recently completed a campus expansion that includes both a new theatre and an athletic center. Go Hawks!

Our youngest students learn through play by exploring the world around them. They begin lab science in Kindergarten and continue growing from there, finding their interests while being supported by passionate educators. Middle and high school students balance college prep courses with extracurricular opportunities such as robotics, debate & speech, astronomy, and community service to help prepare them to excel in their futures. Our core values „respect, service, honesty, kindness, citizenship“ inspire our students to make good choices in all their endeavors. At Oakwood, we believe in a more intentional education that shapes the growth of confident, vivid, thoughtful, high-achieving young people who are fully prepared for the top colleges and life beyond Oakwood.

1. Marcus (Grade 2): What is your favorite place on the ISS?
2. Remy (Grade 3): Are you currently conducting any experiments yourself?
3. Lauren (Grade 8): What was your favorite part of Astronaut training?
4. Daniel (Kindergarten): What advice do you have for a 6-year-old that wants to be an astronaut?
5. Andrew (Grade 5): What is the hardest thing you have had to do in space?
6. Alice (Grade 1): Is the coronavirus on the ISS and do you need to wear masks?
7. Henry M. (Grade 5): Do you and your crewmates play games in space?
8. Benno (Grade 4): Can you still do your favorite Earth hobbies on the ISS?
9. Cate (Grade 8): Are your astronaut outfits customizable (like can you make them different colors)?
10. Thomas (Grade 12): What happens if there is a medical emergency on the ISS?
11. Ishan (Grade 7): Who was your role model growing up and how have they helped you succeed in becoming an astronaut?
12. Addelyn (Grade 3): How do you communicate with all the astronauts that come from different countries?
13. Aiden (Preschool): Who is your favorite Avenger/superhero and why?
14. Noelle (Grade 6): What is the object you miss the most that is on planet Earth?
15. Miriam (Grade 4): What was the hardest part of the training, and did you think you were going to pass?
16. Anaya (Grade 12): Do the constellations from the space station look different from how they do on Earth?
17. Charlotte (Grade 1): We’ve noticed you use a lot of towels– what if you run out of towels?
18. Luke (Grade 7): Although zero-gravity sounds fun at first, does it get „old“ after a while?
19. Annabelle (Grade 4): If you were given the chance, would you like to be the first person to mars?
20. Arjun (Grade 9): How do you stay connected with your family on Earth while in space and how long do you get to talk or see them? 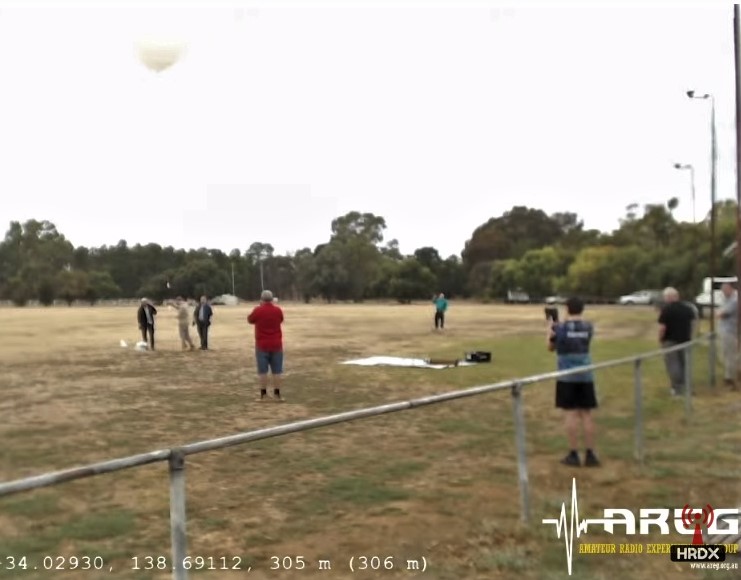